Short Sightseeing Excursions in the Neighbourhood 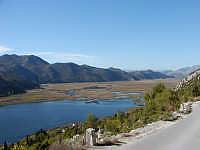 The Napoleon Road from Neum to Metkovic

The Napoleon road (or French Road) crossed Neretva at Kula Norinska and continued through Metkovic over the mountains to Neum and further on almost down to Dubrovnik. The part from Neum to Metkovic is an interesting trip. Unfortunately, the border in Neum has been closed, but there is another way for those who can drive carefully.

There is a new road that turns off the coastal road just before the Neum Border.

On the page Dubrovnik Trip you can find information about the Napoleon Road (or French road) between Neum and Dubrovnik. 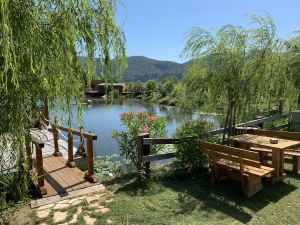 14 km from Komarna there is a small oasis in Neretva Valey and a Konoba (Café). It is a fine place to rest, watch the birds and enjoy the beautiful surroundings. To find it follow the description above for Napoleon Road and find the park just after the village Badzula and on your left.

When you have joined the main road between Opuzen and Metkovic you will see a tower ruin by the bank of the river.

Norinska Kula (tower) was built by the Turks in the beginning of 1400s and together with the rest of the fort that does not exist any more, it was a defense against Venice. Today the tower and the village are separated because the Neretva river bed was changed.

The purpose of Norinska Tower and fortification was to keep the Venetians away from the valley and to have a stronghold where the Turkish possessions in Bosnia and Herzegovina could be defended from. The Turks didn't quite succeed. Already in 1685 the Turks had to give in to a Venetian siege and leave the area.

With the towers strategic importance the Turks wanted it back however, and they got it. Several times, in fact. During the next centuries, the Venetians and the Turks succeeded one another in being masters of the tower. This rivalry came to an end when both were kicked out by Austrian troops.

North of the Neretva Delta 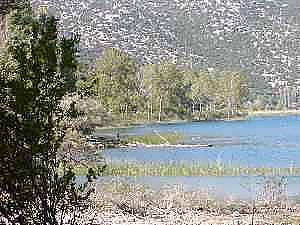 Bacina is a village 7 km west of Ploce. The lakes are a very beautiful sight. The six interconnected lakes lie about half an hours drive North of Komarna and are visible from the coastal road.

The lakes are a favored spot for the locals. Remember to bring your diving glasses. It's not The Maldives but there is an abundance of fish in the water.

To get down to the lakes, look out for a small road in Bacina going down to the right. There are no road signs. Just after you enter the small road you can go straight ahead, or you can turn left. Both roads will take you to quiet places where you can swim and walk.

If you follow the road to the left then after a couple of hundred meters you will pass a place where you can rent a boat to explore the lakes.

In Sladinac there are remains of an antique wall and Roman mosaics. Remains of an early Christian basilica from the 6th century have also been found here. Next to the ruins of the church of St. Andrew there is an old burial ground.

Komarna: There is a pebble beach just south of the village 300 m from the centre. You may also swim directly from the rock beach that runs all the way along the coast. Small children must be supervised at the rock beach, off course.

If you have a lot to carry you may drive a car to the beach. It is possible to park there - unless you come late on Sundays where 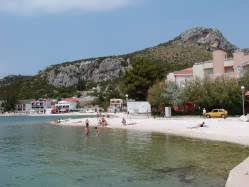 the place can be rather crowded. The road to the beach continues and used to connect with the coastal road close to Duboka, but the construction work for the bridge has interfered with it and it is probably not passable any more. 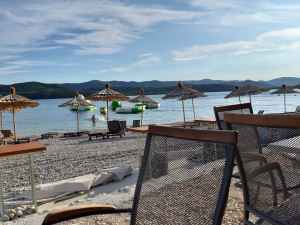 If you want to try a different beach than Komarna, the obvious choice is Klek. It has a beach with fine pebbles, and it is quite safe for children. During the high season, there is a fee for using the parking area. Along the beach, there are small bars and restaurants and the place is very crowded during the weekends.

The border: If you continue passed Klek, there is a new beach where the road makes a sharp bend right and just before the border. There are nice facilities. beach bar, sun chairs and screens and things to play with in the water. The stones are nice and round and it is possible to walk without swim shoes. Parking is available. 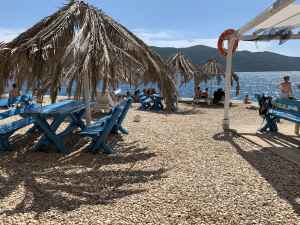 Neum: Has a couple of pebble beaches with many bars and restaurants close by and on the beach. There is a parking fee during the season. Since it is the only coast that belongs to Herzegovina, it is very crowded by people from several big hotels.

Beach Bar and Restaurant Feral: 15 km from Komarna. Go through Neum and at Hotel Orka turn right at an unmarked road and then keep left. You are driving at a gravel road and about 3 km out, there is a sign and a road going to the left.

Other small beaches. There are other small hidden pebble beaches that are a bit more difficult to find - except if you have a boat. When you go from Komarna towards Opuzen turn left on a small road towards Raba and Duba 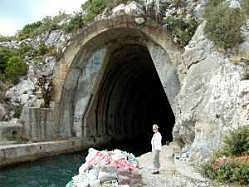 . After about one km turn left towards Kremena 400 m after you turned left you may then turn left again and continue on the gravel road down to an unnamed little beach where the locals have built all sorts of strange cabins. The road is bad, but passable for a car, but it isn't possible for two cars to pass each other, so look well ahead to see if somebody is coming towards you. 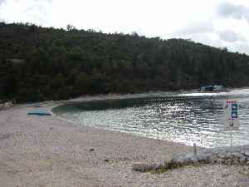 Instead of turning left you can also continue and go to Kremena where there is an artificial gravel beach. 300m further on to the right is Duba Beach where you can get a close look at one of the caves that were built by the former Yugoslavian Navy as shelter for their naval ships. There is also a coffee shop in Duba. 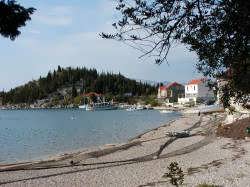 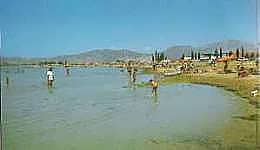 Instead of driving into Blace (pebble beaches) you may go straight ahead before the pumping station and go on 500 m to Camp Rio camping, restaurant and shopping. The beach here on your left is the closest you will get to a sand beach around here. It is coarse brown gravel that some like better than the rock - and some don't. Have a look and decide for yourself. There are also similar beaches further out by the mouth of Neretva where there is a beach bar and a kite surfing school.


Go to top of page